Just in Time for the Holidays 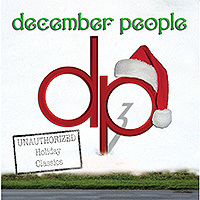 With Christmas right around the corner, now is a good time for the new album by the December People. Their new album December People 3 is now available on iTunes and CD Baby. If you haven't heard of December People, it features BOSTON guitarist Gary Pihl along with Robert Berry (Gary's bandmate in Alliance), David Medd, Mike Vanderhule and Jack Foster. The band performs Christmas songs in the styles of different rock artists. This is the third album released by the band - and the second with Gary. The last album, Rattle & Humbug, was released in 2010.

The new album features ten tracks in the styling of bands like AC/DC, Tears for Fears, Billy Idol and The Beach Boys. The album also features an original song called Santa's Rockin' It Up.

The band is also doing some shows, which will be benefiting local food banks. Check out the December People website to see if they'll be stopping by your town.

The December People, which features BOSTON guitarist Gary Pihl, have a few shows coming up soon.

The band will also be releasing a new album sometime in November, which will feature ten new songs.

Voice of the Man Who Loves You

Roger Carmody - who some may remember as the guy in the gas mask working to restore mold-damaged recordings of Brad Delp, has posted a recording from 1982 on SoundCloud. The song, Voice of the Man Who Loves You, was recorded as part of the "So Long Sessions" and features Brad on vocals.

Listen to the song on SoundCloud

Update August 30: Roger has released another track on SoundCloud featuring Brad, this one is called So Long. Listen to the song. 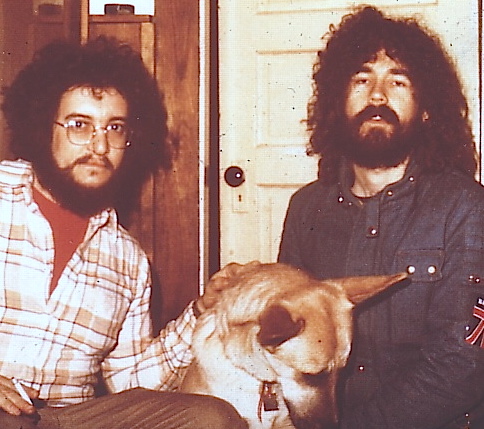 An Update from Gary Pihl

BOSTON guitarist Gary Pihl has posted an update to the official site regarding the tour, which starts next week:

We're almost on our way ... we'll be packing up the trucks next week and some of the shows are sold out already! It's been great to hear that our friends and fans are looking forward to our summer shows as much as we are. Here's an update of how things are shaping up.

We were hoping to bring back the same band and crew that toured with us last time but, as you can imagine, it's tough to get the schedules to coincide for a dozen or so people on any given summer. Besides Tom and myself on guitars, Tommy DeCarlo will be on lead vocals, sounding better than ever - if that's possible! Curly Smith, our drummer from the '95 and '97 tours will be keeping us in time again. Hot bassist, Tracy Ferrie, will be a great addition to the low end. Tom and I performed with Tracy at the benefit for victims of the Station Night club fire a couple of years ago. The only really new guy that has never performed with us is David Victor, a terrific singer/guitarist. David walked into the first day of rehearsal singing great and he knew how to play all the rhythm and lead guitar parts of all the songs! We know you're going to like him as much as we do. Just to let you know, Kimberley Dahme is producing "Kids on Stage" in Nashville and Jeff Neal is taking some well-deserved time off to spend with his young family. We wish them well and hope to see them return to work with us in the future.

And speaking of returning, we've got almost the entire crew from the last tour. Bill Ryan is back as front of house sound engineer. Gregg Maltby will be on lights and our hard working on-stage crew is back; Buck Burbury, Eric Harris, Rick Pietila, and Alex Wray.

But you are the reason were hitting the road this year! There's nothing better than playing a summer concert and hearing all our friends and fans singing along to BOSTON songs!

You Say It's Your Birthday...

The Brad Delp Foundation has released an announcement, which discusses the release of Brad's solo material, which was brought up last year in the Rock Hard Magazine article Brad Delp's Last Verse.

June 12 of this year marks what would have been my father's 61st birthday, and all of us at the Foundation have been working hard to come up with the perfect way to honor him this year. For starters, we're debuting the first incarnation of the new and improved Brad Delp Foundation website! We hope you enjoy the new pictures and videos, and stay tuned for even more fun new updates still to come in the weeks ahead!

Secondly, as many of you know, we have spent the past few years working on restoring my dad's catalogue of unreleased songs, with the aim of putting them together as an album to release to the public. This has been a MASSIVE undertaking! Many of my dad's master tapes were damaged in a flood that took out a good part of his basement. Thanks to the tireless efforts of his good friend Roger Carmody, who spent many months baking the mold off of the tapes (and getting sick in the process!), we've managed to salvage a great deal of these recordings and are finally now in the home stretch of this labor of love. The completed album will be a compilation of songs spanning from the early 70's through the 90's, in different genres, featuring dad alone and with his closest friends and colleagues. It is our goal with this project to let the public hear my dad as those of us closest to him have always known him. These songs are a glimpse of the man, apart from the band, doing what he was born to do in the purest possible form and I can't wait for you to hear it!

To that end, we've decided that the perfect way to celebrate dad's birthday this year is to give you a little sneak preview of what's to come! The song below is the raw and unmastered version of the upcoming album track “Alone” which my dad wrote back in 1973! It's the oldest recording we have, featuring my dad along with Roger Carmody and Tom Febonio. Listen carefully for the playful banter at the beginning between dad and Roger, and the tiny little “chirp” at the very end, which Roger tells me was actually dad doing his best impression of a parakeet! Classic Brad!

Check out the Brad Delp Foundation website to listen to the track Alone.

A Message from Kimberley Dahme

Kimberley Dahme has posted a message on her official site:

Summer is here and I'm thrilled. It's fun spending time with my kids and family. It's hard to believe, but my son is turning "16" this month. It's crazy how fast time flies. I'm so proud of him. Happy birthday Kenny!

As most of you know, BOSTON is getting ready to rock and roll you over. There is great line up starting out the summer. Tom Scholz, Gary Pihl, Tommy DeCarlo, Curly Smith, David Victor, and Tracy Ferrie.

Although I wont be touring right now, I'm looking forward to rejoining them again in the near future. Don't miss the chance to go out and see a BOSTON concert.

Currently, I'm preparing new original songs for downloads. Over the last few years I've written a number of songs and I'd like to share them with you. I'm also producing an All Star Band at Kids on Stage here in beautiful Tennessee. I'm taking my kids camping and zip lining. It's all good.

Keep checking in for more information.

Notice the band lineup listed. Drummer Jeff Neal is not joining the band this summer, but instead former member Curly Smith will be back. In addition, Tracy Ferrie from Stryper will be joining the band on bass.

The Countdown is On!

The start of the tour is right around the corner. A total of 39 shows have been announced and tickets for almost all of them are on sale now (Solomons, MD is the last one, with the general sale beginning June 26). The tour will kick off with the first show on June 28 in Hollywood, Florida. 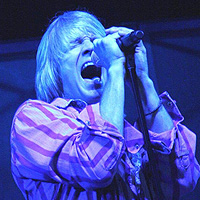 thirdstage.ca would like to extend a warm welcome to the newest member of BOSTON: David Victor. David's duties will include guitar and providing vocals, along with lead singer Tommy DeCarlo.

David is a veteran musician, having produced, financed and written his first commercial release Proof Through the Night in 1991. David has been involved with bands like Velocity and the BOSTON tribute band Smokin'. David is currently involved with Platinum Rockstars™ and Bostyx - a BOSTON and Styx tribute band. He has also released a 5-song album Strength Of Conviction, which includes a cover of BOSTON's "A Man I'll Never Be."

The addition of David brings the group back to six members since the announcement of the departure of Michael Sweet last August brought the group down to five members.

For more information on David, and to hear some of his work, check out his website at davidvictor.com. 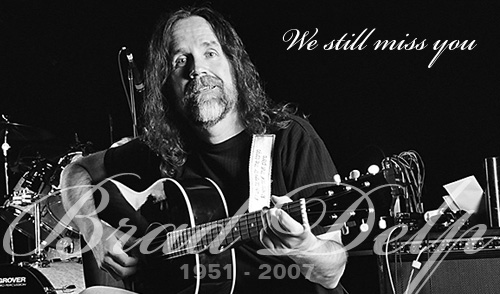