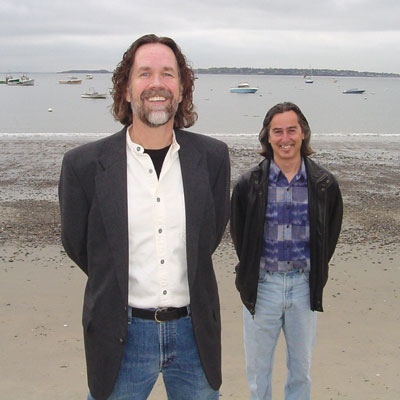 Delp and Goudreau started as a homegrown project by Barry Goudreau, who had put some instrumental tracks together, as well as wrote lyrics to what would become "Hands of Time". Barry had then called Brad to ask him to help tweak the lyrics and sing to see how it would sound, they were happy with the way it turned out, so Barry asked Brad if he'd be interested in taking some of the other tracks and writing lyrics. At that time, they ended up with the first four tracks completed.

In spring 2002, Barry decided to take the songs and present them to Tom Scholz for consideration for the next Boston album. During that same week, Tom announced that the Boston album was finished (what would be titled Corporate America). At that point, Brad became active with Boston again and they stopped working on the material.

In fall 2002, Barry got back in touch with Brad and asked if he'd take a look at the rest of the material and see if he sound finish up more songs.

In early 2003, the songs were done and the CD was later released through barrygoudreau.com and for sale through CD Baby; an independent CD distributor.

In October 2007, seven months after the death of Brad Delp, the Single Rockin' Away was released.