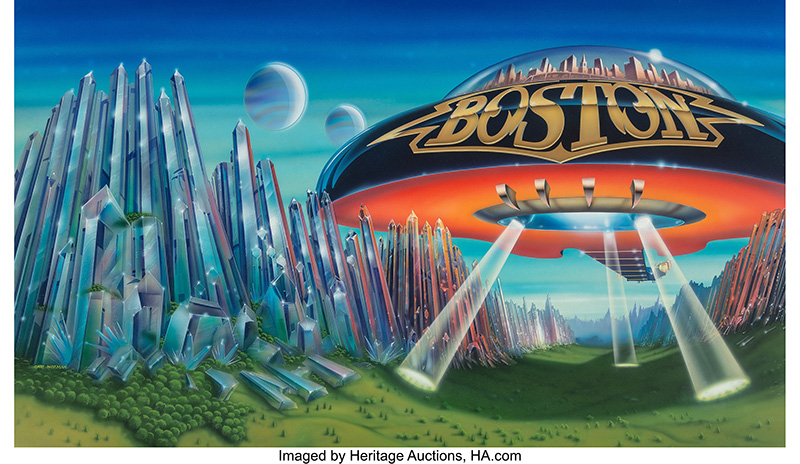 The End Is Near… Vote Now!

The following was posted on BOSTON's official Facebook page:

BOSTON has always tried to be a positive force in a very messed up world, and it has been gratifying to see the number of fans who have responded to that commitment.

If you care about global warming, Latino kids torn from their parents by the US government, racial inequality and injustice, corruption, the breakdown of human decency, moronic federal Covid response, or if you just miss the America you once knew, then you need to vote NOW! Don’t wait until Nov 3rd; don’t trust your ballot to our sabotaged postal service. Find a drop box that is not a trick decoy box, or go in person (wearing your PPE) to an early voting site in your state, and vote or hand deliver your ballot to a trustworthy official.

Numerous web sites will give you information for your state to help you successfully cast your ballot in spite of Republican efforts to suppress your right to vote. There are several states in which this has already become a shocking problem, and this is not an election where we can afford to have votes thrown in a trash can by people who want to stay in power by any means. Time is almost up. Find a way to make your vote count, it has never been more important.

SR&D Inducted to the TECnology Hall of Fame

The National Association of Music Merchants (NAMM) has revealed the latest entrants into the TECnology Hall of Fame (TECHOF), and Tom Scholz' Scholz Research & Development Rockman is one of them.

From the NAMM press release:

As was reported in November 2018, DECARLO signed a record deal with Frontiers Music Srl, which is the same label BOSTON released their album Life, Love & Hope on. The album will feature 12 tracks, including I Think I Fell In Love With You, which is a song Tommy first recorded and released in 2011. Along with Tommy DeCarlo, the band also consists of his son, Tommy DeCarlo Jr. on guitar, Dan Hitz on drums, bassist David Netta and Payton Velligan on keyboard, guitar and vocals.

The album is available for preorder via Amazon, iTunes and Google Play Music.

A video for the title track is now available:

What Makes This Song Great? - More Than a Feeling

Back in 2018, Rick Beato covered Hitch a Ride on his YouTube series "What Makes This Song Great?". In a recent episode, he explores More Than a Feeling.