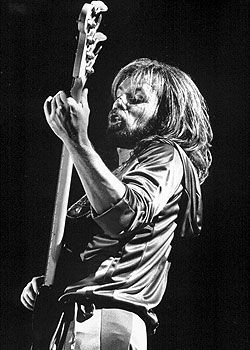 Fran was arguably the most experienced musician in the original lineup. He'd been playing gigs with his father since he was 5 years old. He majored in vocals at the New England Conservatory Of Music. Fran dropped out of school to persue the dream of rock and roll. It didn't turn out quite as expected, as he ended up playing at a lot of weddings.

Fran met Sib Hashian and that led to his bass player role in Boston. Fran was let go from Boston in the early 80's. Fran sued Tom, but they settled out of court. Fran no longer plays professionally. He seriously injured his hand in a biking accident. For a time, he owned a restaurant.