The Army National Guard Total Victory Team Medal was intended for National Guard troops post 911 who have been activated and/or civilian that played a part of extraordinary support for their troops and have contributed to supporting freedom. This medal can be worn around the neck, but in honor of those who fell on 911 most keep the medal in a prominent display area. Both civilians or Soldiers can be given this medal in recognition of there outstanding support and actions towards freedom and peace. Supporting and promoting the National Guard Soldiers mark the recipient as one of the Team by supporting Soldiers in achieving Total Victory over those that threaten our freedom and peace.

I was honored to present this Medal to December People. I have determined that December People's goals, values, and actions are those that are in line with the KSARNG. Their giving hearts and passion for our community, country, and Soldiers has greatly impacted the success and call to action to support our community and our Soldiers. December People exemplify the seven Army values; Loyalty, Duty, Respect, Selfless Service, Honor, Integrity, and Personal Courage. They are truly part of the National Guard Team and deserve to be recognized as such. Please thank them all for me and my Soldiers here from the KSARNG! 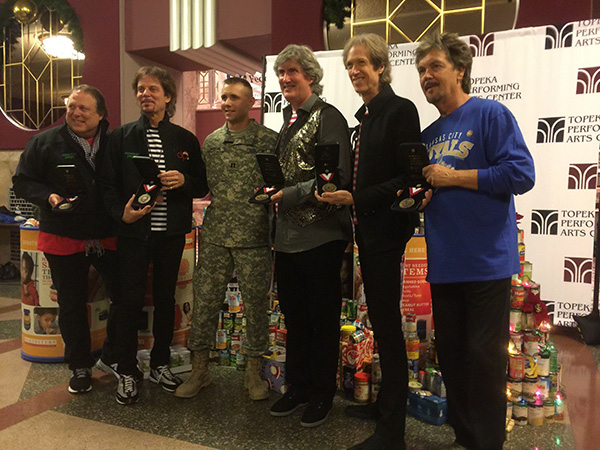