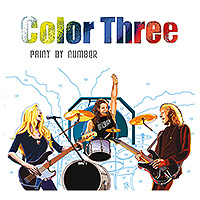 Color Three, the group made up of BOSTON members Gary Pihl, Kimberley Dahme and Jeff Neal, have released their first album.

Paint by Number features thirteen tracks clocking in at 56 minutes. It's available for download via iTunes and Amazon.com. If you would rather have an actual physical CD, there are limited quanitities available through their official site.

Gary, Kimberley and Jeff will be live on Blog Talk Radio August 21 @ 7:30pm EDT talking about the album. If you can't listen live, the show will be available to download as a podcast.