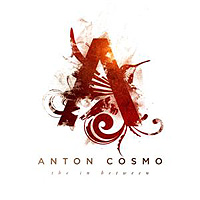 Former Boston guitarist/songwriter Anton Cosmo (aka Anthony Cosmo) has recently released a new album. The album, called The In Between, was released in October. It appears by looking at iTunes, Amazon and  Magnatune that the release date is different between them.  This album contains some tracks that first appeared on Anton's 2007 album Regrets, released under the name The Casting.

The album is available on iTunes, Amazon and Magnatune.