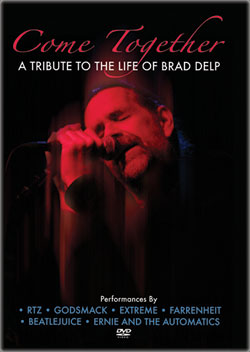 It's been over a year since the Come Together tribute show for Brad was performed -- and recorded with a full multi-camera production. Many people wondered if the show would ever see the light of day, well it's finally being made available on DVD.

You can pre-order the show now, which will be released December 19, 2008 on the Ernie and the Automatics website. The cost is $25 USD with proceeds going to music charities.

Note that the Boston performance is not included on the DVD.