Boston to Appear on Madagascar 2 Soundtrack 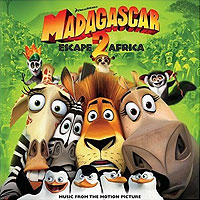 The coolest critters to ever rock celluloid also have great taste in music.  Fans of the band BOSTON were excited to learn that their favorite rock band is also popular with those cool as cucumber Penguins: Skipper, Kowalski, Private and Rico.

Watch and listen carefully until you see those wacky penguins pop an 8-Track into the dashboard of their jeep.  Suddenly, the multi-platinum recording, “More Than A Feeling,” written and recorded by guitar wizard Tom Scholz for his band BOSTON fills the theater.

Scholz comments, "What a kick to have them to use my song in the movie!  Helping animals is my passion and I loved the original Madagascar movie. Now I get to watch the sequel with the penguins partying to my guitar licks! How cool is that!"