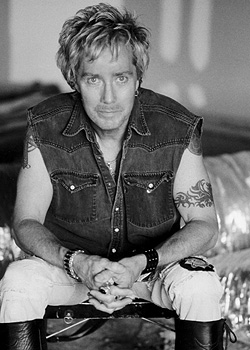 Born in the Big Sky country of Montana, but raised in Arkansas, Curly Smith had rhythm spoon-fed into his being from living next to railroad tracks. The thundering trains mesmerized the young boy, who started beating on pots and pans to accompany the sound of the railroad cars lumbering by. Whenever he had the opportunity, Curly would cross the tracks and soak in the sounds of the gospel music emitted from the church nearby. He says that these memorable childhood experiences laid the foundation for his quest for a musical career.

Curly started playing guitar, drums and singing by the time he was 12, and picked up the harmonica at 14. Prior to his 20th birthday, he began classical piano lessons and composing music. Working in various bands in Arkansas, Texas and Louisiana, he honed his skills until joining Jo Jo Gunne in California, an offshoot of the classic rock group Spirit. Jo Jo Gunne had a top 40's hit entitled "Run Run Run," and toured extensively in the USA and Europe. After Jo Jo Gunne, Curly started doing session work as well as producing for a variety of artists in Los Angeles and London, including Jeff Beck, Stevie Ray Vaughn, The Monkees, John Waite, Joe Walsh, Andy Taylor, Steve Jones, Willie Nelson, Ron Wood, Jackson Brown, Dickie Betts, Brian Wilson, Christine McVie, Mick Fleetwood, Bonnie Raitt, Ian Hunter, Belinda Carlisle. He is one of the few people who has the distinction of being one of the few drummers who played for The Who's Keith Moon. He attributes this period with his honing his craft and fine-tuning the various styles of music he played, from rock to pop and rhythm and blues. During his time as a staff writer at Vogue Music, he is credited with a number of cover songs.

Curly believes that the universal sound lies within each and every one of us, stating, "We are all inextricably woven into the sound fabric of this planet we have just forgotten how to listen. It is literally all around us. Our world is imbued with the spirit of music and the inspiration of creativity." During the '90's, Tom Scholz of BOSTON wanted to tap into Smith's talents, and invited him to tour with the band. Playing drums, a mean blues harp and lending backing vocals, Curly was a welcome addition to the band, toured with them in 1995 and 1997, and had a memorable drum/guitar jam with Tom Scholz on the '97 tour. He also played an incredible harp solo on BOSTON's Greatest Hits song, "Higher Power," and co-wrote "Didn't Mean to Fall in Love" on the Corporate America CD.

Curly lives Sedona, Arizona, where in 2001, he released a solo effort entitled Cool Blue Cosmic Gem, an ethereal compilation that was composed, arranged, performed, produced, engineered and mixed himself. It is one of Tom Scholz's favorite instrumental CD's to listen to. Curly's latest hard rock CD entitled Rough House, was also written and recorded in Arizona. For more information, visit www.csmrecords.com or download at cdbaby.com.